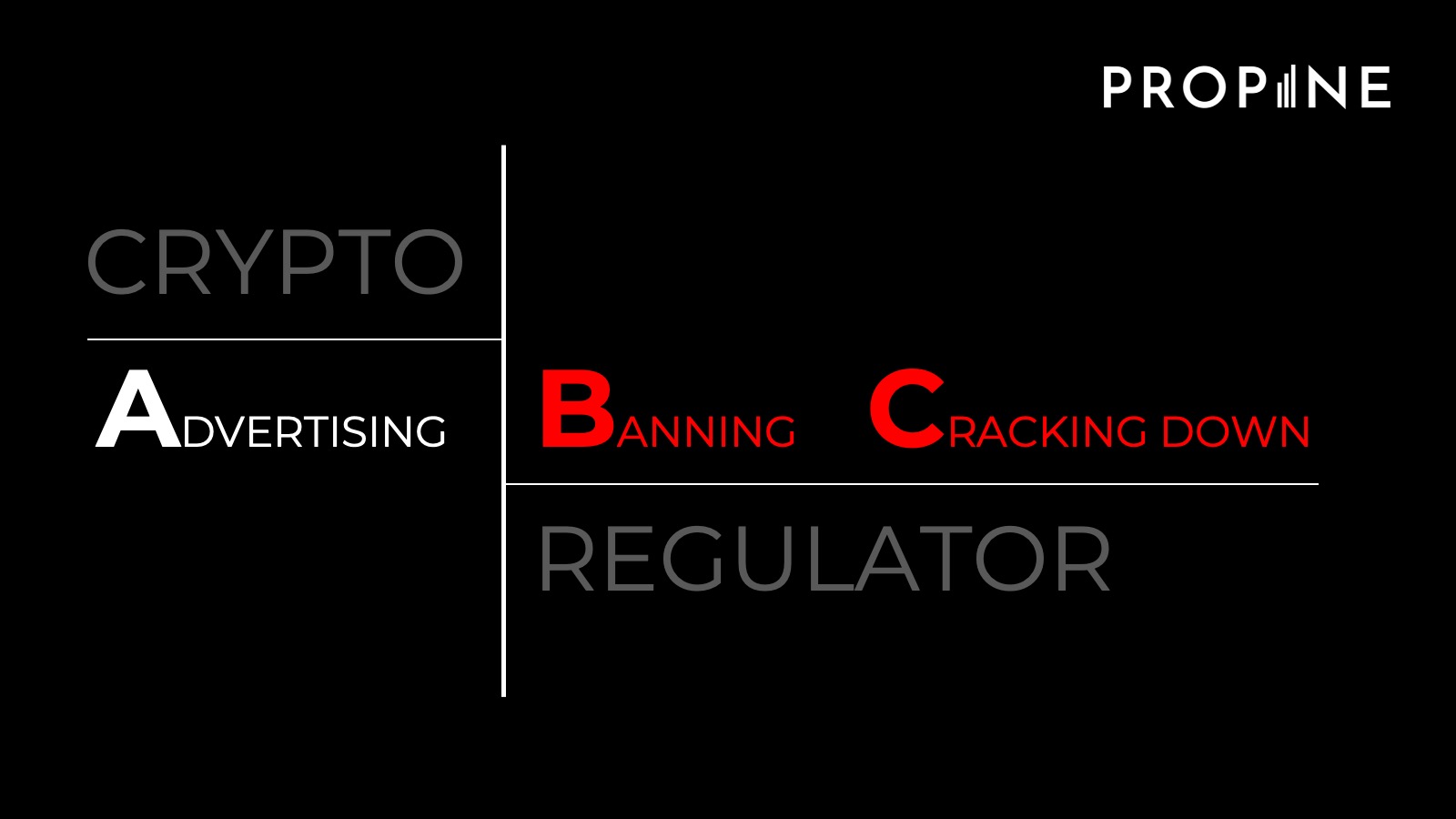 Crypto puts the A in Advertising, Regulators react with B in Banning and C in Cracking down on the industry

In the English alphabet system, A is naturally followed by B then C. This too seems to ring true for the constant cat and mouse game between crypto providers and regulators.

As crypto is beginning to storm into our mainstream lives, the industry has grown so much that big service providers in the space are launching huge ad campaigns, one after another.

From Crypto.com and Coinbase to Etoro and Kraken, large companies have been spending huge amount of advertising dollars lately, with the hope of increasing sales and enhance their brands’ overall presence and recognition.

However, since last month, the UK’s advertising watchdog Advertising Standards Authority (ASA) has reacted by putting an end to several crypto advertisements, alleging that the ads were misleading and exploiting consumers’ inexperience and lack of knowledge.

This means that anyone promoting or advertising cryptocurrencies will need to be authorised by the Financial Conduct Authority or Prudential Regulation Authority. The precise rules are likely to be finalised later this year.

And this week saw Spain’s National Securities Market Commission establishing a pre-approval mandate for any cryptocurrency ad aimed at 100,000 or more people with added mandatory caution language that serve as warnings.

Singapore too has just reacted, but in a more extreme manner, calling for a complete outright ban to all crypto ads. MAS warned that ads must avoid portraying crypto trading “in a manner that trivialises the high risks of trading in Digital Payment Tokens” or suggests that it is appropriate for the general public.

The ban covers all advertisements in public areas of Singapore or through any other media directed at the general public in Singapore including social media influencers or third-party websites.

While it seems that there are different degrees of crypto ad banning among the regulators, one thing’s for sure is that they have a common aim in ensuring consumers protection, while also supporting innovation of the crypto asset market.