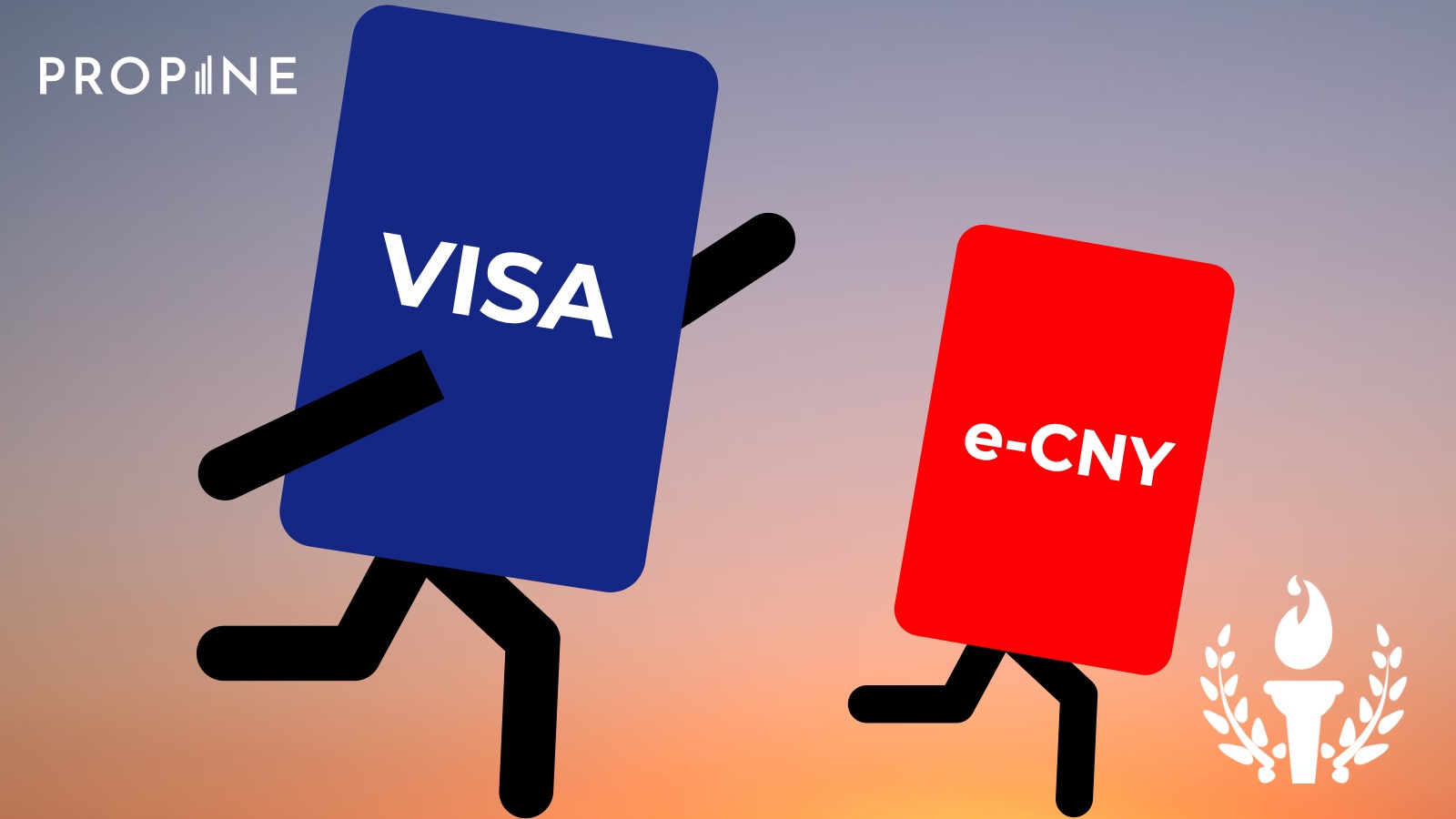 Digital Yuan (e-CNY) Gives Visa A Run For Its Money

When a country is voted to host the Olympic Games, the pride and prestige that comes with it is unparalleled. Having the Olympics on home soil almost warrants a boom in the economy through tourism and trade.

While the diplomatic boycotts by several western nations over China’s repression of Uyghurs in the country’s north-western Xinjiang region certainly marred China’s reputation but with China now hosting the Winter Olympics, the Games allows them to exercise its soft power with the rolling-out of digital yuan, e-CNY pilot.

According to a recent Bangkok Post article, more than 260 million people already have e-CNY accounts, and total transactions across 11 Chinese cities are up to around USD14 billion, according to the People’s Bank of China.

Cash and Visa cards were the only two permitted forms of payment at previous Olympics. This year at the Beijing 2022 Olympics, all electronic-payment methods such as Alipay, WeChat Pay and others are barred. However, there’s one exception to this – the e-CNY.

Since 1986, Visa has been the exclusive payment services sponsor for the Olympic games and the only card accepted at the Olympic Games through 2032.

China government probably has found a loophole since the e-CNY is legal tender and not an electronic payment method, and therefore doesn’t constitute a conflict. The difference at the Olympics is that the e-CNY is reportedly contactless, cutting out person-to-person contact partly for health reasons to reduce the risk of transmitting the Covid-19 virus.

And Visa has been keeping very quiet although nobody knows why yet. A likely justification from Rick Burton, CMO for the U.S. Olympic Committee at the 2008 Beijing Summer Olympics was that “Visa knows the Olympics will come and go, and China will still be there. It wouldn’t want to be on the wrong side of the discussion with the Chinese government,”.

With no official disclosure yet from China on the e-CNY transaction numbers inside the Olympic bubble, and Visa remains mum, the eventual winner is still anybody’s guess.