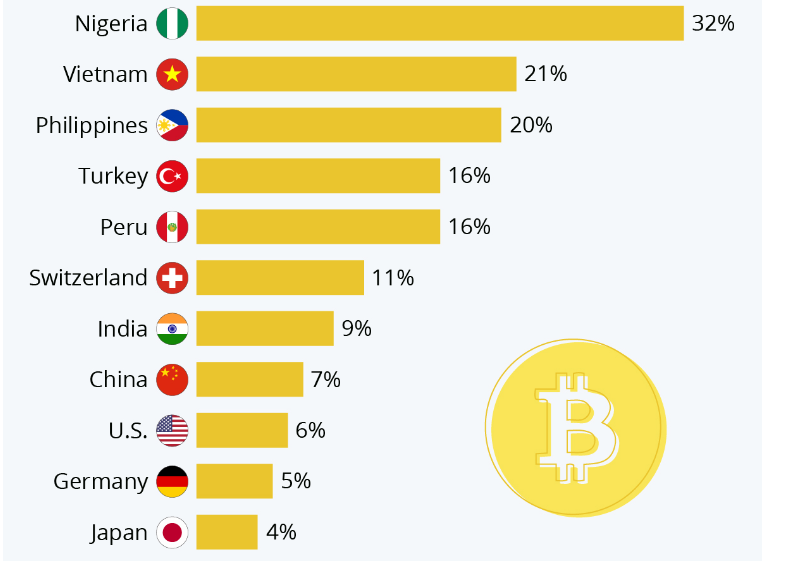 How Common Is Crypto?

23 Feb 2021 — Driven by retail and institutional interest, Bitcoin continued gaining and rising to new highs, extending a two-month rally that took its market capitalisation above $1 trillion on Friday.

While Bitcoin’s gains have been fuelled by evidence that it is gaining acceptance among mainstream investors and companies, the question remains how common is crypto being adopted by everyday users, a mainstream means of value transfer and payments.

According to the latest survey from Statista Global Consumer Survey, Nigerians were the most likely to say they used or owned cryptocurrency, out of 74 countries. The reliance on remittances and the prevalence of peer-to-peer phone payments have led to a steep rise of cryptocurrency use in Africa’s largest economy where almost a third of Nigerians said this applied to them.

Japan, finally, was the country in the survey where the fewest people said they used or owned cryptocurrency. Only four percent said they had experience with crypto products, the lowest in the survey together with Denmark.

You will find more infographics at Statista