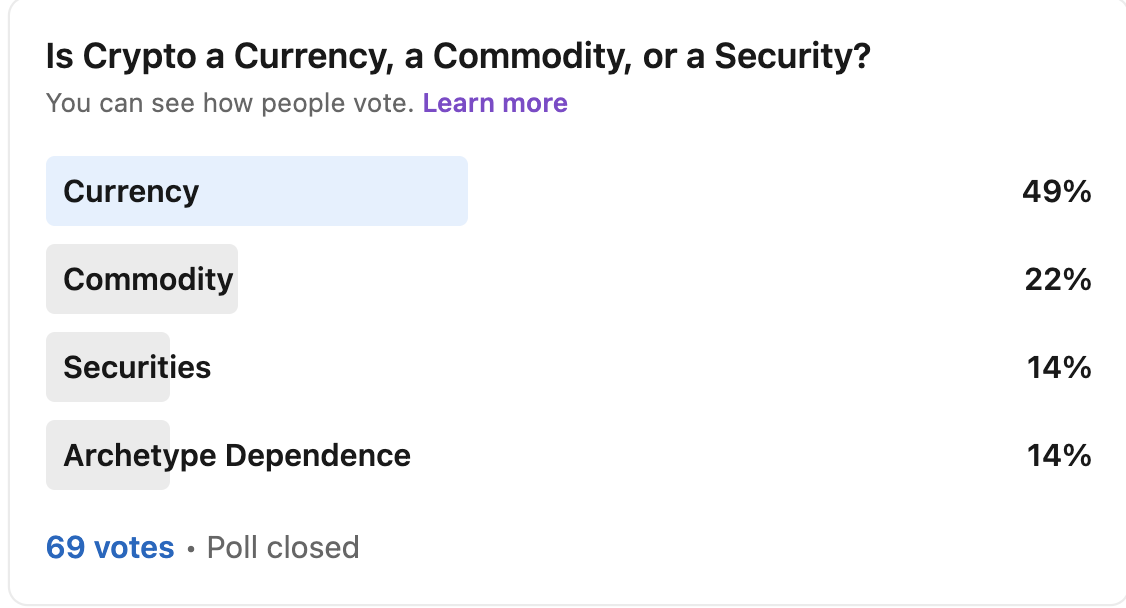 Is Crypto a Currency, a Commodity, or a Security?

Recent article in Compliance Week by Aaron Nicodemus tells the story of the clash on cryptocurrency securities debate between two commissioners at the U.S. Securities and Exchange Commission (SEC), namely Caroline Crenshaw and Hester Peirce.

Caroline Crenshaw believes cryptocurrencies are likely securities, and that the agency’s history of enforcement actions dating back to 2017 reflect that opinion.

Instead, Hester Peirce argued that many of these digital assets currently operating outside or astride of the SEC’s regulatory framework should be provided with safe harbours until the regulator provides that clarity.

Bitcoin, a decentralized digital currency created in 2009 has been getting enormous traction lately, with some of the biggest corporations such as Starbucks, Visa, Paypal, Amazon and Coca Cola, jumping on the bandwagon and accepting Bitcoin as payment. So, does this mean that cryptocurrencies are actually currencies?

Or are they closer to securities, like stocks and bonds, especially when the fundraising is through the issuing of digital coins and granting holders access to the crypto business or project, as well as to the potential profits generated, aka ICOs? Additionally, does the Bitcoin lending market, which involves earning of interest when you lend out cryptocurrencies bear resemblance to debt securities?

Perhaps, they are more like commodities? Has cryptocurrencies i.e. Bitcoin emerged as a store of value due to its the finite supply, leading many to say it’s closer to a commodity instead? And the failure of cryptocurrencies in passing the Howey test, which makes them more like commodities, as they are designed to be decentralized and therefore don’t produce a return from a common enterprise.

Most time, questions are more important than answers because they precede answers. Questions seek to understand and clarify as well as frame and evaluate. Answers most often are temporary responses where they may change and evolve over time, as society’s need changes.

What do you all think? Check out the final poll results at above.